How secure is SaaS compared to on-premises software?

In the past, a widely held belief among business owners was that cloud-hosted applications were less secure than traditional, on-premises software. Those people would be right given that cloud services were not properly managed years ago and that there was practically a buffet line of weaknesses hackers could exploit. Fortunately, a lot has changed since then.

Managed IT services providers have honed their craft, and are now utilizing world-class technologies to protect software-as-a-service (SaaS) applications. In fact, if you compare today’s cloud services with traditional software, you’ll find cloud to be far more secure.

Cloud skeptics often argue that running software in-house is safer because you have more control over the servers and how data is protected.

While it’s true that you can protect on-premises applications with your own firewalls and antivirus software, control does not necessarily equal security. When they’re not operating in the cloud, companies have to manage access privileges, data policies, and application security themselves -- and these usually require them to have a professional IT department watching over everything.

On the other hand, experienced SaaS providers are data security specialists. Their clients’ servers, platforms, applications, and data are proactively managed and protected by a team of certified security experts.

SaaS providers also protect less tech-savvy businesses from themselves. Due to a lack of IT expertise, the DIY software fixes that an inexperienced employee may employ can actually do more harm than good. By outsourcing to a cloud provider that understands and follows IT best practices, you won’t have to worry about employees intentionally -- or even accidentally -- modifying security settings.

Cloud computing’s biggest draw is that small companies get enterprise-grade technologies at a low price. When you subscribe to SaaS, the software you use is secured by powerful firewalls, intrusion prevention systems, antivirus software, and access controls. This protects you from threats like brute-force attacks, denial-of-service, and malware.

SaaS providers also host software in highly secure facilities, which prevents cybercriminals from getting their hands on your company’s mission-critical data.

By contrast, on-premises software is not protected so thoroughly. Business owners without an IT department usually don’t invest in anything more than antivirus software and a door lock, leaving them more vulnerable to attacks.

One study actually shows that companies with an on-premises environment suffered approximately 61 attacks per year, while those who opted for cloud environments experienced only 27.

On-premises software is more difficult to keep up to date because businesses have to install security patches for each workstation in the office. With a small in-house IT department, this could take days to complete.

A global security report found that 76% of vulnerabilities discovered on business networks were more than two years old. This was mainly due to the fact that companies did not have the technologies or the staff to properly manage and routinely patch their devices.

SaaS providers, however, partner with software developers, or even staff their own, allowing them to roll out software updates as soon as they’re released. This means you never have to worry about hackers exploiting your software because it’s out of date.

As far as service availability is concerned, cloud-based software can better guarantee high-level uptime. According to the IDC, companies that opted for cloud solutions reduced service disruptions by 72%.

Unlike on-premises deployments, cloud data is stored in multiple fault-tolerant servers. This means that if one server fails, your cloud provider will immediately ‘failover’ your data and applications to another server, allowing you to keep working as if nothing happened.

Cloud servers are also geo-redundant, which means there’s little chance that local disasters like hurricanes and power outages will lead to significant downtime.

The idea that SaaS applications are inherently more vulnerable than on-premises solutions is more myth than reality. Cloud security is only going to get stronger, adding to a growing list of reasons why more businesses should switch to SaaS.

Here at WhiteOwl, the security of your data and applications is our top priority, which is why we apply stringent security controls to your cloud-based accounting, marketing, or productivity software. Call us today to get your hands on secure, fully managed cloud software.

Get Popular Posts
Deliver to your Inbox 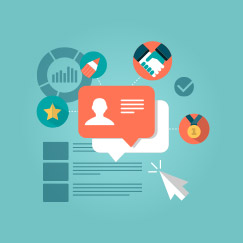 Want to be more productive? Our new Office 365 eBook will introduce a host of new features you can use to supercharge your business.Read it now